‘The city will be on fire’: New Yorkers prep to flee homes to avoid post-election rioting 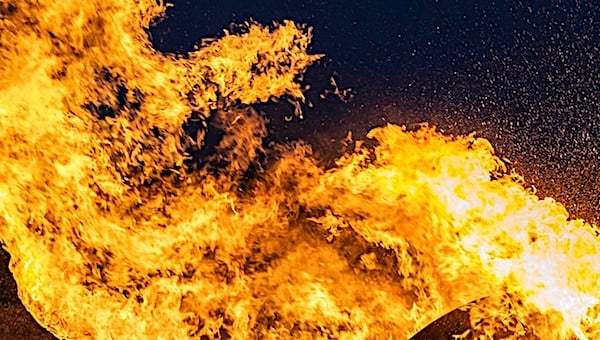 New Yorkers are purportedly making plans to escape the city ahead of potential election day violence and protests, according to the New York Post.

Paulo Wei, 25, is planning on avoiding unrest by leaving his luxury building on the Upper West Side for his family’s 60-acre farm two hours north of the city, the Post reported Saturday.

“I felt trapped in the apartment — the protests were overwhelming,” Wei said, the Post reported. “It could happen again and I don’t want to be caught up in that. No matter who wins, someone is going to get upset.”

When Trump refuses to concede, the cascading effects could break our fragile transition of power. My new cover story in @TheAtlantic. https://t.co/l98m2QRszn

Andrea, 31, a Republican and public relations specialist of New York City’s Flatiron district, said she will leave for Tulum, Mexico, prior to Nov. 3, the Post reported. Her trip will span from Oct. 25 through Nov. 8.

“I went to my parents in New Jersey for about two weeks when the BLM protests got bad and the looting started. So I definitely want to get out of here the week of the election,” Andrea said, the Post reported.”

“I’m thinking if Trump wins, it’s going to be a disaster — the city will be on fire. People are going to go nuts,” Andrea added, the Post reported.

Ooana Trien, 42, of Hell’s Kitchen has been at her family home in Fire Island, New York, since July, the Post reported.

Trien, a supporter of President Donald Trump, plans to mail in her ballot and welcome friends looking for an escape into her home, the Post reported. Her mother believes that regardless of the election results, protesters will attempt to burn down Trump Tower in New York City.

“I told my friends that whoever wanted to get out of the city was welcome here. One friend who lives in Washington Heights is going to vote in the morning [on Nov. 3] and come straight up to the beach,” Trien said, the Post reported.

The post 'The city will be on fire': New Yorkers prep to flee homes to avoid post-election rioting appeared first on WND.