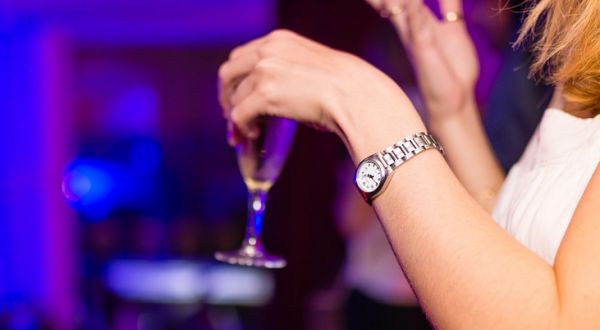 About a quarter of Americans between the ages of 18 and 34 admit to occasionally binge drinking, consuming five or more drinks over a span of two hours. And when it comes to binge drinking in America, there may be no bigger event than one's 21st birthday.

This is the age when Americans are legally permitted to drink, after all, so newly-minted 21-year-olds often take to the bars eager to show their alcohol imbibing prowess in dangerous fashion.

University of Missouri researchers thought this longstanding tradition would be a terrific opportunity to examine the damaging effects of binge drinking on the brain, so they recruited 52 students to undergo an MRI brain scan just before their 21st birthday celebration (about 11 days prior on average) and another brain scan afterwards (roughly 3 to 4 days after their birthday). Twenty-nine students also returned for a third scan five weeks later.

The researchers estimated that participants reached an average blood alcohol level of .23 during their frivolities, about three times the legal driving limit and often enough to induce vomiting. Seventeen subjects also reported blacking out.

When the researchers examined students' brain scans taken in the wake of their binge drinking, they found decreased volume in in the corpus callosum. This decrease exhibited a dose-dependent response with blood alcohol level – the higher a student's blood alcohol level, the more their corpus callosum shrank in size. Concerningly, the corpus callosum, the largest white matter structure in the brain which enables communication between the left and right cerebral hemispheres, showed no signs of recovery five weeks after students' 21st birthdays.

"Results from this study suggest that a single extreme drinking episode is enough to alter the brain morphometry of emerging adults a couple days after the drinking episode," the researchers wrote.

"These results underscore the importance of early prevention and intervention efforts of extreme drinking in emerging adulthood."

The study was published last year in the journal Alcohol Clinical Experimental Research.