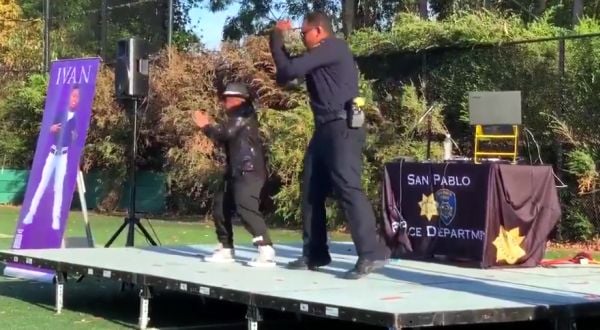 (FOX NEWS) – A California police officer was caught on video busting out serious dance moves this week alongside an 8-year-old performer in the Bay Area.

San Pablo Police Officer Cameron Banayat showcased his talents during his department’s National Night Out event on Tuesday, sharing a stage with Ivan, an 8-year-old artist. The crowd gathered at the event could be heard cheering as Banayat and Ivan danced in sync to Michael Jackson’s "P.Y.T. Pretty Young Thing."

"We’re grateful for our community support and we look forward to continuing building upon the success we’ve built together with great officers like Officer Banayat," the department said in a Facebook post.