Walgreens is closing five more San Francisco drug stores amid a spike in "organized retail crime" that has coincided with lax law enforcement.

A referendum that lowered the penalty for stealing goods worth less than $950 from a felony to a misdemeanor has played a big role in the spike, the New York Post reported.

"Organized retail crime continues to be a challenge facing retailers across San Francisco, and we are not immune to that," Walgreens spokesman Phil Caruso told SFGate.

Meanwhile, more than half of Bay Area residents plan to leave permanently, according to a recent poll reported by The Hill. The biggest reason for leaving cited was the cost of living, particularly housing costs, but 62% cited the quality of life. 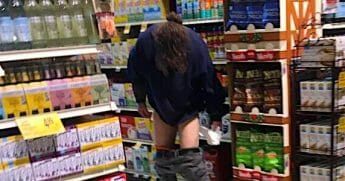 Walgreens said retail theft in its San Francisco stores has increased in the past few months to five times the chain's average.

"During this time to help combat this issue, we increased our investments in security measures in stores across the city to 46 times our chain average in an effort to provide a safe environment," the company said.

Over the past five years, Walgreens has closed 17 stores in San Francisco.

A member of the San Francisco Board of Supervisors said she is "completely devastated" by the news that five more stores are closing.

"This Walgreens is less than a mile from seven schools and has been a staple for seniors, families and children for decades," Ahsha Safai tweeted Tuesday.

A Twitter user responded to him with: "Ahsha, this is what happens when you decriminalize shoplifting."

"They've all been stolen," a CVS employee said.