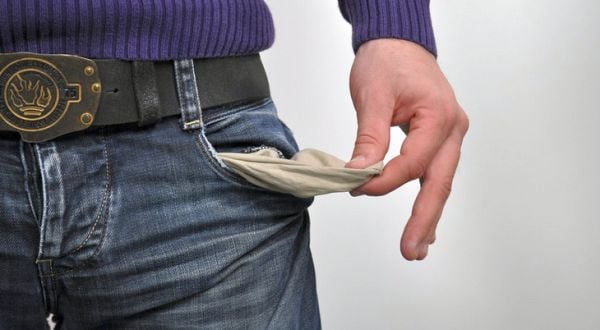 It’s hard to believe that the U.S. economy doesn’t have enough money, when the simplest definition of inflation – now at a 30-year high – is too much money chasing too few goods.

President Biden has convinced himself that the way to increase the number of goods is to inject even more money into the economy. But if we could spend our way out of our inflationary problem, we would not be in one to begin with.

According to budget expert Brian Riedl, over the past two years Washington has added $6 trillion in new deficit spending to combat Covid-19 and support the economy. That doesn’t even count the $550 billion for the infrastructure bill that Congress just passed or the sharp spike in discretionary spending that would increase the budget baseline by $1 trillion over the next decade.

On top of that, the Federal Reserve has been buying up $120 billion worth of Treasury and housing-backed securities every month. Initially, Biden and his team insisted that the inflation Americans were experiencing was “transitory,” but they have since changed their tune as it has become obvious that inflation is here to stay.

Biden is blaming inflation on the standard left-wing bogeyman – the energy sector.

“The largest share of the increase in prices in this [inflation] report is due to rising energy costs,” the president recently told Americans, adding that he had asked the Federal Trade Commission to deal with “market manipulation or price gouging in this sector.”

This move attempts to deflect attention from the administration’s responsibility for higher oil and gas prices. It has purposely looked to cripple the domestic fossil fuel industry through policies like killing the Keystone XL pipeline and (illegally) banning oil and gas development on federal lands. These policies have worked to chill investment and development. With demand rising, output of oil and gas should be booming, but it’s still well below pre-pandemic levels.

Just two years ago, the U.S. Energy Information Administration reported that the United States had become the world’s top producer of oil and natural gas. Now, having hamstrung the domestic oil and gas industry, the administration has been reduced to pleading with OPEC+ (which includes adversaries such as Russia, Iran, and Venezuela) to increase oil production.

OPEC+ refused, an embarrassing setback that puts the lie to the administration’s claim that “America is respected around the world again.”

A gallon of gasoline costs $1.29 more today than it did this time last year. The U.S. Energy Information Administration forecasts that this winter Americans will be paying 30% more for natural gas, 43% more for heating oil, 6% more for electricity, and 54% more for propane to heat their homes than they did last winter – and even more if the weather is colder than normal. Higher energy costs have a disproportionate impact on vulnerable populations, including minority and low- and fixed-income households. These costs are essentially a regressive tax on the poor.

When Secretary of Energy Jennifer Granholm was asked what her plan was to increase domestic oil and gas production and lower prices, she responded, “That is hilarious. Would that I had the magic wand on this. But as you know, of course, oil is a global market. It is controlled by a cartel. That cartel is called OPEC.”

If OPEC’s decision not to increase production is the culprit, then why is the administration threatening to go after gas stations instead of finding ways to increase domestic output?

Meantime, the president’s Build Back Better plan is chock-full of Green New Deal-type energy policies that would result in even higher energy costs to American families. Make no mistake, for the Left, higher energy prices are a feature, not a bug. White House spokesperson Jen Psaki recently gave the game away when she said, “Our view is that the rise in gas prices over the long term makes an even stronger case for doubling down our investment and focus on clean energy options.”

The administration sees higher energy costs not as a problem but as an opportunity. Since it cannot bring down the price of renewables to compete with oil and gas, it needs higher oil and gas prices. But when that happens, as it has, the administration wrings its hands and complains, or tries to sic the FTC on “price gougers.”

The United States has enjoyed a competitive advantage because of its lower energy costs. American industries pay anywhere from two to four times less for energy than industries in Europe. The Biden administration is pursuing policies that would surrender that advantage by saddling energy producers and consumers alike with more regulations and taxes.

President Biden is sure that spending trillions more taxpayer dollars on his Build Back Better plan is the way to fix the mounting inflation problem. He’s wrong: it will only make things worse. Congress should reject his plan.