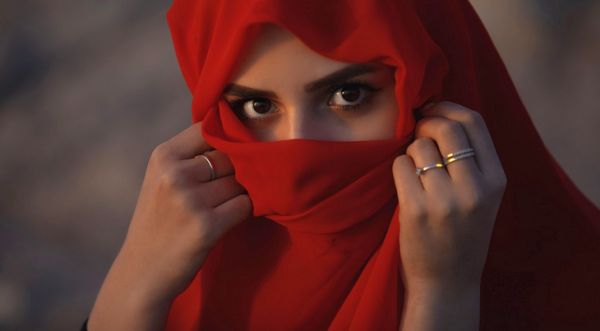 A Law Commission report in the United Kingdom is recommending changes to the nation's marriage laws but more work still is needed before they would be able to help Muslim women who now often are caught up in unregistered marriages, meaning their husbands can take additional wives, or abandon them, essentially without consequence.

It is Tim Dieppe, head of public policy for Christian Concern, that pointed out the hope for a better result for Islamic women.

He explained Christian Concern has highlighted the problem now for years already.

"Baroness Cox has been tirelessly raising the issue of the plight of Muslim women who considered themselves to be legally married, only to find that their marriage was unregistered. This means that if their 'husband' divorces or leaves them, or dies, or even takes another wife, they do not have any legal rights as the wife of the man. Baroness Cox has been proposing amendments or Bills in the House of Lords to protect these women for over 10 years, and yet so far there has been no action from the government on this issue," Dieppe explained.

"Back in 2016, I wrote about how women are 'suffering on a large scale' due to unregistered religious marriages, and in support of an amendment proposed by Baroness Cox in the House of Lords that would require religious marriages to be registered. Marriages are required to be registered in Pakistan, but not in the UK, so as it stands today the rights of women are better protected in Pakistan than in the UK in this respect," he said.

He said while some changes are being proposed, that specific issue still needs a response from the government.

One of the keys to addressing the problem would be to require Muslim couples to civilly register their marriages at the same time as their Islamic ceremonies, which already is a requirement for Christian and Jewish couples.

"The independent review into the application of Shariah law in England and Wales also recommended in 2018 that Muslim marriages should be required to be registered. A Court of Appeal judgment in 2020 ruled that Shariah marriages are not recognised under UK law, making clear that Muslim women have no legal protection if their husband divorces or leaves them, or even marries another wife," he said.

Dieppe reported the Law Commission Report has recommended requirements for locations of weddings, the officiants, wording of ceremonies and acknowledgement about the legal impact of their marriage.

EDITOR’S NOTE: During the Biden era of rapidly metastasizing madness, the greatest madness of all may be today’s shockingly widespread campaign to indoctrinate, seduce, groom and flat-out RECRUIT America’s children into the dark world of transgenderism. Countless LGBT activists, including many public-school teachers, have taken to proselytizing the new transgender salvation to America’s children, both on social media and within the schools themselves. Even Biden’s far-left Health and Human Services Secretary Xavier Becerra fully supports taxpayer-funded amputations of healthy body parts of these vulnerable children, declaring ghoulishly, “We should help those have the life-affirming care that they need.” The result? Untold numbers of America’s kids are being led into lives of not just unending conflict, confusion, suffering, deformity and disability, but far too often – as multiple studies prove – suicide. The whole unbelievable story – including the underlying reasons, almost entirely unreported elsewhere, for what amounts to the most massive child sexual abuse campaign in American history – is explored as never before in the July issue of WND’s critically acclaimed Whistleblower magazine, titled “WHAT’S REALLY BEHIND THE TRANSGENDER CRAZE?”