Twitter flagged a tweet from Republican Rep. Jim Banks sent out on Oct. 19 calling Dr. Rachel Levine, who is transgender, a man, the Daily Caller News Foundation has learned.

“The title of the first female four-star officer gets taken by a man,” Banks said in a now-locked tweet, in reference to Levine getting sworn in as a four-star admiral to the U.S. Public Health Service Commissioned Corps on Tuesday.

Levine, who was born a man as Richard Levine and transitioned in 2011, previously served as Pennsylvania Health Secretary, and attracted controversy for ordering nursing homes to accept COVID-19 patients early in the pandemic. 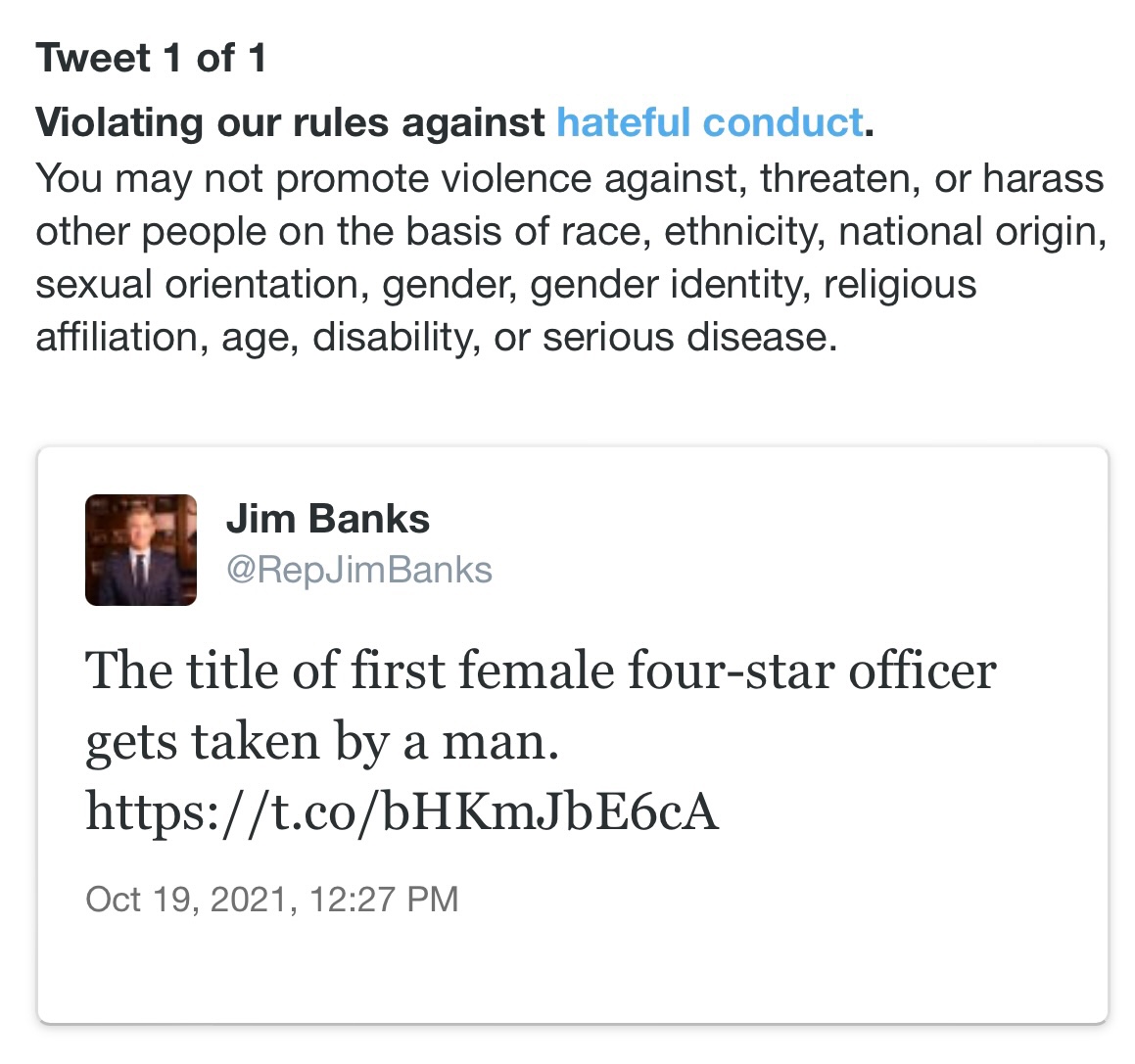 Twitter’s “hateful conduct” policy expressly prohibits referring to a transgender person by a gender other than the one they prefer.

“We prohibit targeting others with repeated slurs, tropes or other content that intends to dehumanize, degrade or reinforce negative or harmful stereotypes about a protected category. This includes targeted misgendering or deadnaming of transgender individuals,” the policy reads.

Banks issued a statement from his personal account Saturday in response to Twitter’s actions.

“We can’t allow Big Tech to prevent us from telling the truth,” Banks wrote. “When Republicans take back the House next year, we must restore honesty to our public forums and hold Big Tech accountable.”

Banks had also tweeted about Levine again later on Oct. 19, although this tweet was not locked nor flagged.

“Calling someone that was born and lived as a man for 54 years the first “female” four-star officer is an insult to every little girl who dreams of breaking glass ceilings one day,” he wrote.

Calling someone that was born and lived as a man for 54 years the first “female” four-star officer is an insult to every little girl who dreams of breaking glass ceilings one day. https://t.co/bHKmJbE6cA