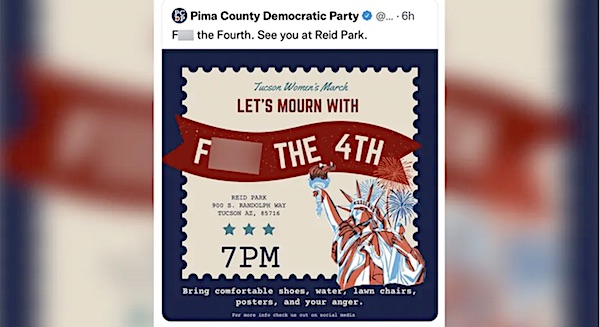 NOTE: Due to use of objectionable language in some of the tweets featured, discretion is advised.

(FOX10PHOENIX) -- PHOENIX -- Officials with the Pima County Democratic Party are dealing with fallout stemming from a social media post promoting an event on July 4 that features foul language.

The Twitter post, which was since deleted, advertises a women's march in Tucson. The graphic features the words "f*** the 4th."

The tweet attracted criticism from the Arizona Republican Party. In a tweet, they called it a "disgraceful rallying cry."