Ever wonder why Americans eat turkey on Thanksgiving? 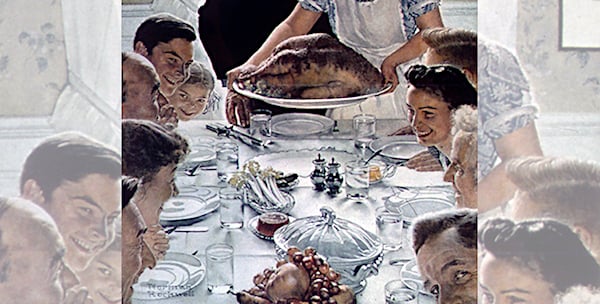 (THE COLLEGE FIX) – Thanksgiving has been turkey day for decades, but it wasn’t on the pilgrims’ table, according to Elan Abrell, a food studies professor at Wesleyan University. Abrell talked turkey on Tuesday with the The Wesleyan Connection, Wesleyan University’s official news platform.

The bird enjoys great seasonal popularity despite the fact that turkey wasn’t served when the Wampanoags and Pilgrims gathered for their famous feast in 1621, according to the news source.

“In fact, it’s unclear what was on the menu at all,” according to The Wesleyan Connection.

The post Ever wonder why Americans eat turkey on Thanksgiving? appeared first on WND.