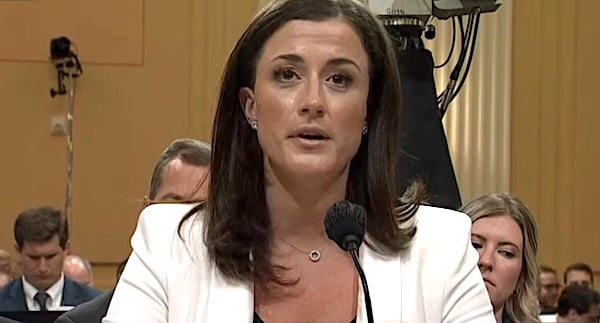 On Feb 1. Hutchinson sent a text to a conservative activist with connections to the First Amendment Fund, which is a group started by the American Conservative Union that helps Trump officials cover costs for Jan. 6 lawyers. Matt Schlapp said Hutchinson approached CPAC for help through the First Amendment Fund. Schlapp said he is happy they did not end up assisting her because she was relaying White House “hallway gossip as fact.”

In the text message, Hutchinson says: “Hey (redacted)! This is Cassidy Hutchinson. Kind of a random question, but do you still work for the Schlapp’s at the ACU?”