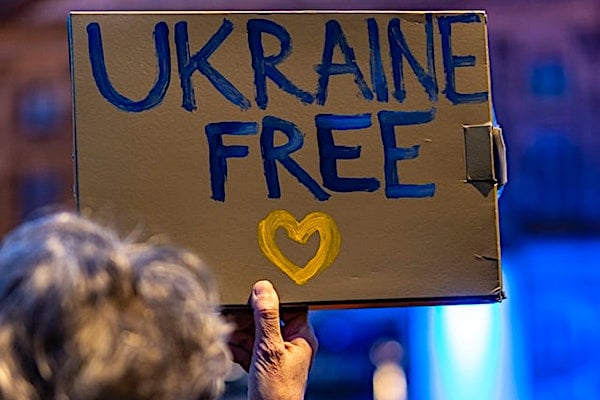 (Photo by Anastasiia Krutota on Unsplash)

Ukrainian President Volodymyr Zelenskyy proposed a reconstruction aid package larger than the nation’s pre-war economy at a conference in Switzerland, just days after Russia claimed control of a pivotal region in the east.

Ukraine’s GDP topped out at $523 billion in 2021, according to official estimates reported in Heritage.

Zelenskyy addressed world leaders on video at the Ukraine Recovery Conference, an annual conference rebranded this year to deal with the devastating effects of Russia’s invasion, and outlined a reconstruction plan requiring a $750 billion investment by 2030, according to the website.

The recovery plan calls for 7% annual GDP growth by 2032, according to the official blueprint, and collaboration among business leaders, governments and private citizens to promote rule of law and economic reform, according to the document.

Ukraine had a relatively low economic freedom score of 54.1, according to a rating system developed by the Heritage think tank, with “rule of law” lowest among the sub-rankings.

Reforms and recovery must go hand in hand. This is what we will discuss here in #Lugano

Ukrainian Prime Minister Denys Shmyhal said much of the funding should come from “confiscated assets of Russia and Russian oligarchs,” according to the AP. Shmyhal estimated the net worth of assets at $300 to $500 billion but did not provide sourcing for the data, the AP reported.

The U.S., Spain and UK have claimed or frozen assets owned by individuals associated with the Russian government, and the UK is considering going along with Shmyhal’s suggestion, The Guardian reported Sunday.

However, Swiss leader Ignazio Cassis expressed hesitancy to seize private property and give it to war victims, citing lack of a clear legal basis to do so, according to the Guardian.

The request came as Ukrainian troops retreated from the city of Lysychansk in the Luhansk, one of two breakaway regions in eastern Ukraine, on Sunday, according to The Wall Street Journal. Russian officials previously stated their goal was “complete liberation” of the Donbas separatist regions, according to the BBC.

The fighting in Donbas has raged over the past month, evolving into an artillery battle in which the Ukrainian forces are outgunned and quickly mounting casualties. Official estimates placed the casualty rate at roughly 200 soldiers per day in early June, The Guardian reported.

The Ukraine Recovery Conference did not immediately respond to the Daily Caller News Foundation’s request for comment.

The post As its military retreats, Ukraine demands aid bigger than its entire pre-war economy appeared first on WND.