Afghanistan will soon be chiseled into the history books as another in the long list of strategic failures for the United States of America. This ever-growing collection of losses would typically be a cause for concern for a global superpower. Yet, it engenders no radical reaction amongst the populace, the military, the national security bureaucracy, or elected leaders. Only gentle concern is expressed along with desperate attempts to claim even “a modicum of success” for this state of affairs. For all the hand-wringing that will occur as the Taliban claim victory, the lack of concern, let alone action, to avoid this fate again is conspicuous. The question must therefore be asked: does America like losing wars?

It's not just the failure of the big wars of Iraq and Afghanistan that matter here either. Numerous other interventions of the past 20 years, direct and indirect, are all failures too. Yemen, like Libya, has fractured into warring mini-states. Uganda has become a source of terror itself. Al-Shabaab in Somalia has created an efficient, geographically diverse, predictable and ruthless "mafia-style" taxation system. The Islamic State is poised to make a comeback regardless of the military destruction wrought. The Philippines remains incapable of defeating its threats after a century of intervention. Bashar al-Assad is slowly reasserting political control across most of the country. Al-Qaeda is “unlikely” to be defeated. And of course, the War on Drugs has long been considered “discredited,” using “failed and counterproductive strategy[ies].” Furthermore, on closer inspection, even the Gulf War should be moved to the loss category. Asking whether America likes losing wars should be normally provocative, yet, in reality, it becomes more of a legitimate analytical inquiry as the failures mount up for all to see.

There are two schools of thought for why America loses wars. One answer is that it is the fault of decision-makers themselves. Take The U.S. Army in Iraq study as emblematic of this, which concluded by noting that:

…it would be reassuring to believe that the mistakes the United States made in the Iraq War resulted from unintelligent leaders making poor decisions. If that were so, then the United States could be assured of avoiding similar mistakes in the future simply by selecting better, more intelligent leaders. However, this is not the case. The overwhelming majority of decisions in the Iraq War were made by highly intelligent, highly experienced leaders whose choices, often in consensus, seemed reasonable at the time they were made but added up to a failure to achieve our strategic objectives.

The best and the brightest failed once again. And as they maintain control of the national security discourse and establishments, the failures continue unabated. 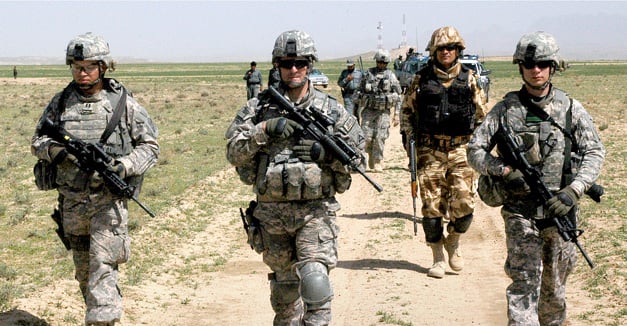 The other school makes a structural argument. In Forging a New Shield, the Project for National Security Reform’s assessment of the U.S. National Security System. This assessment declared that it was an “undeniable fact that the national security system of the United States is increasingly misaligned with a rapidly changing global security environment.” This system was the product of 70-plus-year old structures and processes and ensured American leaders could no longer "formulate a coherent national strategy” if they ever were. The basic deficiency within the system was that “parochial departmental and agency interests, reinforced by Congress, paralyze interagency cooperation even as the variety, speed, and complexity of emerging security issues prevent the White House from effectively controlling the system.” Bureaucracy and the Iron Triangle did their thing, and there was very little anyone could do about it, and so failure was the continual outcome.

The question then is why nothing changes? Even blatant self-interest would seemingly see value in demanding reform. As America engages in a turn towards Great Power Competition, numerous wargames have already suggested that the U.S. "gets its a-- handed to it.” Or, at a minimum, “it’s going to be ugly.” And this is for wars that will determine the structure of the international system into the future. An interested party might assume a reform agenda would be on the list of things to avoid losing fate. But there is nothing but silence in response. The same structures, norms, values, processes, and pathologies that have continually led America to consistent strategic failure will continue to lead to its consistent strategic failure. This is done by choice.

Defeats, just like victories, are reflections of government organizations, just as much as they are of social contracts. Victory means emulation. Defeat is supposed to mean radical change. Yet, it is as if continual strategic failure for America is intentional, enjoyed, or even, perhaps, coveted. I have no explanation as to why. For America’s allies, though, this desire needs to be acknowledged. As Hugh White wrote in regards to the defense of Taiwan, “Iraq should have taught us that it makes no sense to support an ally in a war it can’t win, and the stakes are much higher this time.” If ever greater and more consequential defeats will undoubtedly define the future, America's fondness for losing should be at the forefront of strategic discussions.

Michael C. Davies is a Ph.D. candidate in Defence Studies at King’s College London, focusing on the theory and practise of victory. He previously conducted lessons learned research at the U.S. National Defense University, where he co-authored three books on the Wars of 9/11 and is one of the progenitors of the Human Domain doctrinal concept.

The post Answers demanded about 'America's fondness for losing' appeared first on WND.