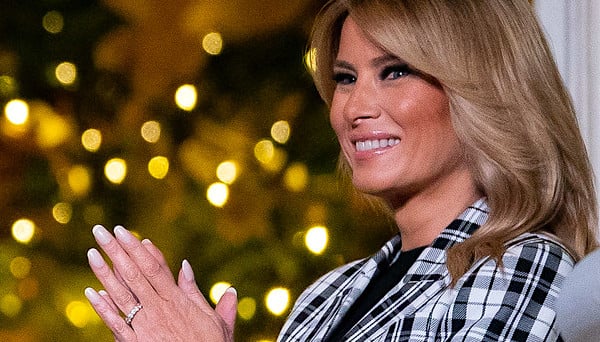 While President Trump’s departure from the White House dominates the news cycle, his wife’s transition is flying under the radar. She wouldn’t have it any other way.

After four years of calm, quiet leadership, the departure of first lady Melania Trump is emblematic of her unwavering humility and the modesty that is all too difficult to find in today’s Washington, D.C. Unlike her husband, Melania was never boastful or boisterous. She was never flashy. She was always classy and kind. Melania readily ceded the spotlight to the president and his “America First” agenda, while still finding ways to inspire people who look up to her — Democrats and Republicans.

When Americans were worried about voting in-person during a pandemic, Melania showed the way, casting her ballot personally in Florida. The first lady routinely pushed back against her husband’s critics, putting out her own statements even when it was uncomfortable to do so. Through the ups and downs, Melania remained committed to charity, hosting numerous events at children’s hospitals and cheering on America’s public servants, including the military and first responders. She forged her own path, whether that meant making surprise visits to U.S. troops in Iraq or delivering lunch to firefighters and their families.

Perhaps most importantly, the first lady was never desperate for media recognition. Whereas Democrats like Dr. Jill Biden can expect puff pieces and flattering magazine spreads, Melania did much of her work behind the scenes. Faced with an adversarial press, she dedicated herself to simply doing the right thing, rather than promoting it.

This is a woman who launched an anti-bullying campaign, only to be ridiculed for it. This is a woman who traveled thousands of miles to serve as the overshadowed, oft-forgotten role model for girls around the world — from the United States to Ghana and India. Melania’s empowerment of women was most notable in the White House, where she entrusted numerous female staffers with the tallest of tasks.

Did the liberal media acknowledge her brand of female empowerment? Of course not. Our “journalists” opted to attack the first lady instead. But she carried on.

The legacy of Melania Trump is perfectly encapsulated in a recent letter of hers, showing Americans the “path forward” and imploring people to “stop the violence” of recent weeks. In her words: “It has been the honor of my lifetime to serve as your First Lady. I want to thank the millions of Americans who supported my husband and me over the past four years and shown the incredible impact of the American spirit. I am grateful to you all for letting me serve you on platforms which are dear to me.”

And we are grateful to you. Since 2016, the first lady has not only preached civility, she has practiced it. Her way is the path forward. It is the blueprint for all Americans, including the incoming Biden-Harris administration.

Melania couldn’t have left Jill Biden with larger shoes to fill — in words and in action. Walking in them will be no easy feat.

Our only hope is that the Bidens shepherd us through turbulent times with the goodness and grace of Melania Trump. The first lady may sadly be overlooked, but she will never be forgotten.

Chad Banghart serves as executive director of the pro-Trump Committee to Defend the President.