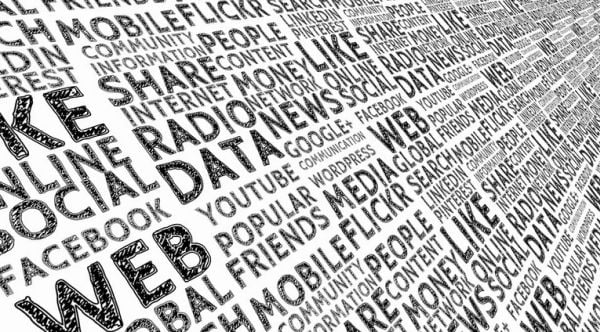 Mainstream media is well-known for using language specifically meant to dehumanize preborn human beings. The only way to justify the mass slaughtering of hundreds of thousands of human beings through abortion in America is to deprive them of their humanity and convince Americans that preborn human beings are nothing more than “products of conception.” Yet, when the preborn child is wanted and celebrated, suddenly the term fetus is forgotten, replaced with the terms baby and unborn child.

Pro-abortion media outlets and journalists frequently use wording that dehumanizes preborn human beings, taking their cues directly from the abortion industry. National Public Radio (NPR), for example, says that it wants its journalism to be “as accurate, fair and complete as possible,” yet its guidelines instruct its journalists to avoid using terms that humanize preborn children, such as “unborn” — because it “implies that there is a baby inside a pregnant woman, not a fetus.”

Pregnancy announcements are about babies, not fetuses

Hypocritically, when discussing pregnancy outside of the issue of abortion, NPR and other major media outlets freely use the term “baby.” In a recent NPR article on COVID-19 and pregnancy, the title and article refers to preborn children as babies.

The same goes for when a celebrity announces a wanted pregnancy. When Meghan Markle and Prince Harry announced their pregnancy, NPR referred to their preborn child as a baby. CNN did the same when singer Halsey announced her pregnancy, making a reference to her “baby bump.” And MSNBC announced anchor Lindsey Reiser’s pregnancy in September by stating she was “pregnant with her 1st child” and that the baby was a girl.

When London-based YouTube star Nicole Thea tragically died at age 24 while pregnant, the media didn’t hesitate to refer to her baby as her “unborn child” — including even the pro-abortion. media such as CNN and the Huffington Post.

“I have a baby in my belly”

MSNBC is known for its left-leaning journalism, including its support of abortion. However, when MSNBC anchor Kathy Tur announced her pregnancy in 2018, she shared an ultrasound of her baby, stating, “I have a baby in my belly” and “that is my little guy.”

“From conception to old age”

In September, The New York Times broke from its usual pro-abortion language to admit that life begins at fertilization. In an article discussing Democrats’ social policy plan, the newspaper wrote, “The $3.5 trillion social policy bill that lawmakers begin drafting this week would touch virtually every American, at every point in life, from conception to old age.”

In 2020, CNN abandoned its go-to pro-abortion terms when it featured Ebony Chisholm and a letter she had written to her “beautiful, black unborn baby” which had been published in the Hartford Courant. She read the letter on air, asking her baby boy “how can we protect you?” While the letter was centered around the Black Lives Matter movement, CNN failed to mention that abortions committed on Black babies comprise 40% of all abortions in the United States — while Black Americans make up just 13% of the population.

Even when a newborn baby survives an abortion, CNN refers to that living, born child as a “fetus that was born.” The same goes for HuffPost, which referred to a 2013 federal law protecting abortion survivors as a bill to ensure “legal protections to fetuses that are born alive after attempted abortions.” Yet when a preborn child is deemed “wanted” suddenly, she’s a human being worthy of the term “baby.”